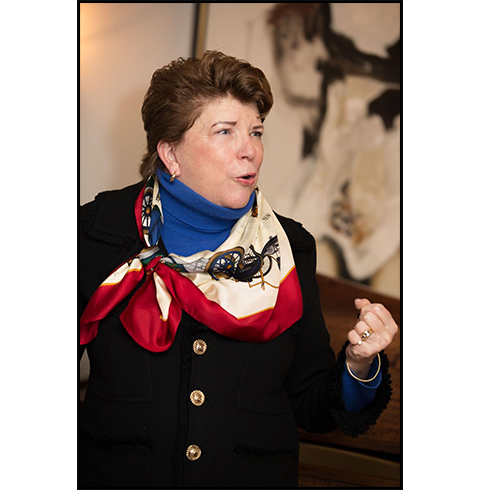 Join Calaveras Democrats on November 14 at 6:30 pm for an evening with Delaine Eastin, who will share her vision for California’s future.  Eastin brings real political credentials in her effort to become California’s first female Governor.

California Gubernatorial Candidate Delaine Eastin will be the featured speaker at the Calaveras Democrats monthly meeting on November 13.  Meeting time is 6:30 pm at the Calaveras County Public Library in San Andreas, with Eastin scheduled to speak at 6:45.  It is recommended to arrive early, as seating is limited.

Throughout her career, Delaine Eastin has been a leader who has never been afraid to stand up to bullies on behalf of what is right for the future of our state and our children.  She now campaigning to be the Democratic candidate for Governor in California.

As a state legislator, Delaine authored successful legislation on a wide range of topics from environmental protection to public transportation, education and government efficiency. Notably, Delaine authored AB2448 in 1987, the largest landfill cleanup bill in the state’s history. It imposed a new fee on landfill operators based on the amount of solid waste handled, raising an estimated $100 million for Superfund landfill cleanup work.

Delaine took on the tobacco industry and helped pass two propositions: one educates children on the dangers of smoking, and the second created and funds First 5 California, the critical program that focuses on child development from ages zero to five.

During her tenure as Superintendent, Delaine reduced class sizes in grades K-3, and California went from 47th in the nation in funding, to 27th. Sadly, we now rank in the bottom 10 again.

As State Superintendent, Delaine Eastin fought tirelessly for the children of California…and she won many battles. Now she is ready to take this fight into the Governor’s office.