An Economic Review of Calaveras County 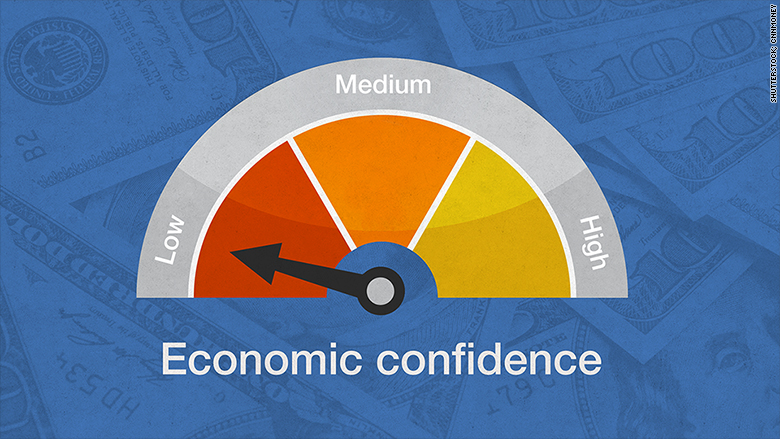 An Economic Review of Calaveras County

By Susan Ashby for CCDCC

This paper reviews current economic factors in the County plus the State’s forecast for the next several years.  It will also discuss potential impact of certain events on the County.

Before looking at Calaveras information, let’s look at the state of the economy for the U.S.  The current economic expansion is the third-longest in U.S. history but it is the weakest economic recovery since World War II.

“Only two expansions have matched the lifespan of the one that began June 2009 and has endured for 96 months:  a 106-month expansion that ran from February, 1961 to December, 1969 when President Lyndon Johnson stoked growth with spending on domestic programs and the Vietnam war.  And a 120-month streak that began in March, 1991 and ended in March 2001, after the dotcom bubble burst.” 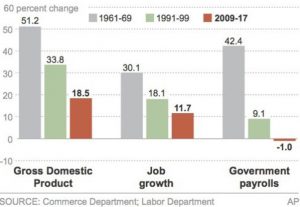 Employers have been hiring steadily since 2010 – “81 straight months – easily the longest streak on record.  And the number of Americans applying for first-time unemployment benefits has stayed below 300,000 for 125 straight weeks.  That’s the longest such streak since 1970, when the population and workforce were much smaller.”

However, compared with the other two long-lasting expansions, the current one looks weak.  A big reason is just how bleak the job picture was eight years ago.  The Great Recession wiped out 7.4 million jobs and the job market didn’t actually hit bottom until February 2010.”  “…over the last couple of years, we have definitely moved to a slower pace of job growth” says Robin Anderson, senior economist at Principal Global Investors.
AP Economics Writer Paul Wiseman

“Calaveras …draws tourists from all over the globe to its cultural events and to treasure the small town ambiance. Because of its attraction to visitors, the tourism business is thriving, and it is one of the major growth industries in the County.”

2016 preliminary data from the State shows $180 Million in total travel-related spending and 2340 jobs in Calaveras County.

In February, the University of the Pacific Business and Policy Research, Eberhardt School of Business, Stockton, and McGeorge School of Law, Sacramento, wrote “An Economic Impact Assessment of the Cannabis Cultivation Industry in Calaveras County.”  Key findings of direct impacts of 2016 Calaveras cannabis cultivation include:

Cannabis cultivation equates to about 15% of the county’s Gross Regional Product (GRP) and when indirect and induced impacts are included, the total impacts are about 19% of GRP and 21 percent of the county’s jobs.
http://www.calaverasenterprise.com/news/article_ae6a1436-fa00-11e6-a2cc-2f322e7c7034.html

Other Farm Commodities in 2016

Per the State’s forecast:

The above forecast would change drastically and in a positive direction if cannabis cultivation were to be approved in this County.

The county really doesn’t generate enough revenue to pay for its basic needs including some things that are important to a healthy, thriving community. The preliminary budget, recently passed by the Board of Supervisors, reflects a deficit of $3.3 million.  This amount will have to be resolved, by finding revenue and/or cutting costs, by September, 2017.

Events that could impact our economy in the near future

If the county had more money, what could we do with it?

It depends on who you ask.  Here are a couple of examples: